This translation app has many features:
- Fast translation: just select text and translate anywhere
- Translate English to Spanish, translate Spanish to English
- Offline translation
- Detect text from image: you can select an image then the application will help you to detect text and translate them
- Can be used as a dictionary
- Support Spanish and English voice input
- Voice broadcast of translated Spanish and English
- Simple and user-friendly interface
- Very useful when traveling
And a lot of other features for you.

Let's try using this fast translation app. It will be a great dictionary and translator for you.

Note: If you use instant translation feature, we will need the permission to display over other apps. 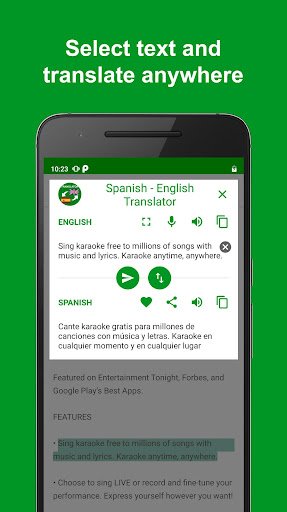 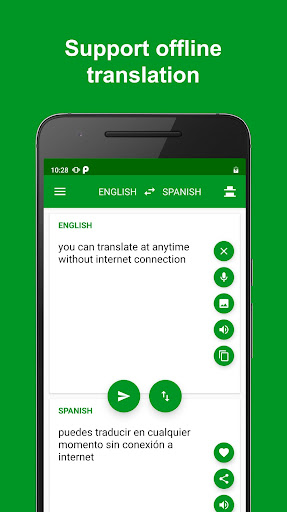 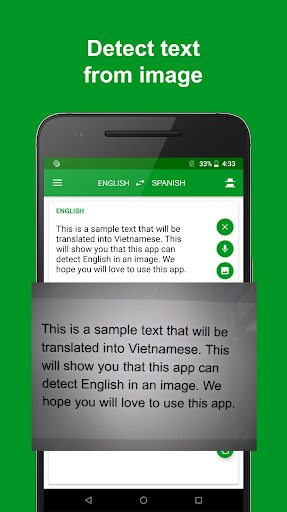 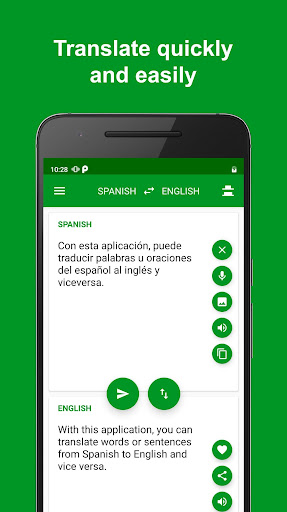 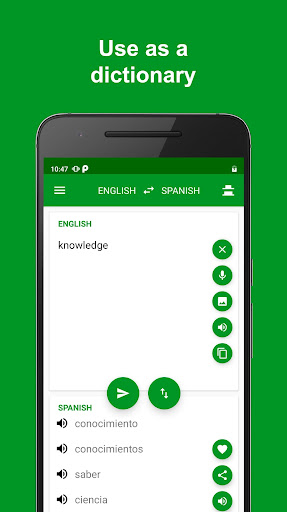 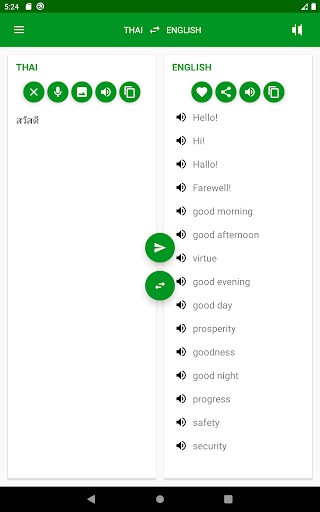 more More from Apps in Tools

Simple and lightweight application for Javascript coding and code execution...

All in One Unit Converter Tool..

Easy to use all in one Scientific Calculations and Unit Conversion Calculator..

developer_board Apps others from Aloha Std